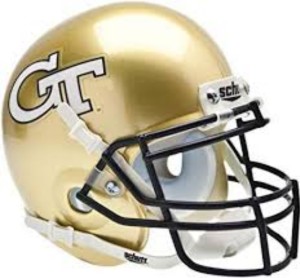 Matthews, GA  –         William Rudolph “Rudy” Evans, Jr., 72, husband of Dollie Smith Evans of Wadley, entered  into his eternal rest Friday, February 14, 2020 while at his son’s home in Pooler. Funeral services to celebrate his life will be held in the James Funeral Home Chapel at 11:00 A.M. Saturday morning, February 22, 2020 with Reverend Jerry Pittman officiating. Interment will follow in the Reedy Creek Baptist Church Cemetery.

One of four children of the late Mary “Agnes” McTier Evans and the late William “Rudolph” Evans Sr., Rudy was born and raised in Jefferson County.  The son of a preacher, they lived near the county line on Hwy 221.  After graduating from Wrens High School, Rudy attended and graduated from Brewton Parker, after which he obtained his bachelor’s degree and master’s degree from the Medical College of Georgia. He started his career as a Medical Technologist with St. Joseph’s Hospital, later working at University Hospital and Candler County Hospital before retiring at the age of 67 from Emanuel County Hospital. In his younger years, he enjoyed hunting and fishing but his real love was football. In 1989 when his son was accepted into Georgia Tech, he became a devoted Tech fan, never missing a home game from that time until 2018 when his health declined. Rudy accepted Jesus as his Lord and Savior as a young man and served Him as a member of Reedy Creek Baptist Church, and, after his move to south Jefferson County, attended Central Baptist Church. He read the Word and kept his Bible close at hand.  A serious-minded, hard-worker with conservative values, he provided well for his family. Because he loved his country and was a staunch, hard-core conservative, he was a proud Trump supporter. His favorite place to eat was the Waffle House but, after he moved to Pooler to live with his son, Rudy in the last few months had started going to the local IHOP early every morning—at 2:00AM—to eat and socialize with friends. A loving, supportive father, his greatest joy was spending time with his sons and storing up his treasure with making memories.  The four most important things or aspects of his life were first, his relationship with God; secondly, his family; thirdly, Georgia Tech; and lastly, Trump and his Making America Great Again with pragmatic, common-sense conservatism.  This devoted father and loyal friend will be missed by all who had the privilege of knowing him.

The family respectfully requests that, in lieu flowers, memorial contributions be made to the Cystic Fibrosis Foundation by pressing the “DONATE” tab and following the prompts at www.cff.org.

To send flowers to the family or plant a tree in memory of William "Rudy" Rudolph Evans, Jr., please visit our floral store.