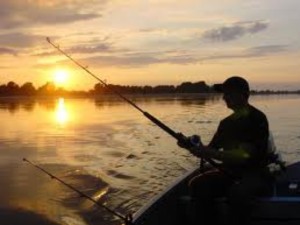 One of two children born to the late Annie Mae Arrington Smith and the late Lon Smith, Truman was raised in Keysville, graduated from Hephzibah High School and was then drafted into the Army. After marrying the love of his life, he moved his family to Wrens where he had lived since 1983.  Truman worked at GA-TN Mining Company in Wrens before joining Proctor & Gamble where he retired as a production tech.  Always one to stay busy, for the last 20+ years he took on the task of heading up the Keysville UMC Cemetery—taking care of the grounds and keeping immaculate records.  Truman loved to garden and was known for his scrumptious tomatoes.  An outdoorsman, he loved to hunt and fish—if he couldn’t be found, look for him at one of his favorite fishing holes.  Truman has been described as being humble, generous, steadfast, trustworthy, and being a man of his word. It was also said that he could hold very interesting and intelligent conversations about multiple and varied topics. He was self-motivated and believed in learning and growing in knowledge.  He then would share his experiences and knowledge with those around him, mentoring many young men in the community. Truman was a dependable, loyal friend and the epitome of a family man—an adoring husband and devoted father, he loved his family unconditionally.  His greatest joy and pleasure were found in their presence. Truman has now entered into his eternal Heavenly home.  Even though he leaves a void that cannot be filled, Truman will forever live on in our hearts.

The family wishes to express their gratitude for the kindnesses evidenced in thought, deed and prayer.

To send flowers to the family or plant a tree in memory of Truman Adam Smith, please visit our floral store.

A Memorial Tree was planted for Truman