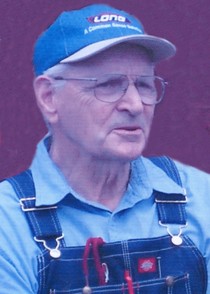 He was known to many as Pierce; to others, Willie; and to his family, Sike. Willie served in the office of High Priest of the Harlem Ward of the Church of Jesus Christ of Latter-day Saints.  The eldest of five children born to the late Daisy Newsome Williford and the late Willie Pierce Williford, Sr., Pierce was born outside of Avera.  Joining the Army before finishing high school, Willie proudly served his country during the Korean Conflict for six years before retiring due to a service-related disability. In the Army, he trained and graduated from the last glider class at Ft Benning before going overseas where he was a paratrooper and medic. He earned numerous medals and accommodations for his service, including an accommodation from the Korean Government. After returning home, he obtained his GED and GA State Teaching Certificate, passing the exam with a 99 without any formal education.  He was a vocational instructor in the Richmond County School System, teaching welding and machinist courses.  During his time in Richmond County, he was also a volunteer fire fighter in the Hephzibah/Gracewood area. In 1983, Sike moved to Mitchell to live on the family farm and raise cattle, at which time he joined the Cattlemen’s Association. Pierce utilized his knowledge and medic training to care for the livestock—delivering calves, administering medicines, etc. He was a hard worker and an avid outdoorsman who enjoyed hunting and fishing.  Sike was always interested in learning new things and would often take things apart to see how it worked before putting it back together again.  Willie, Pierce, Sike—whatever name you knew him—was a proud American; an intelligent, independent man who loved to learn; a devoted husband and father with a deep abiding love for his family; and a reliable, generous friend, who will be greatly missed by all who had the honor of knowing him.

In lieu of flowers, the family respectfully requests that memorial contributions be made to Easter Seals, 1500 Wrightsboro Rd, Augusta GA 30904.

7 I have fought a good fight, I have finished my course, I have kept the faith:
8 Henceforth there is laid up for me a crown of righteousness, which the Lord, the righteous judge, shall give me at that day: and not to me only, but unto all them also that love his appearing.

To order memorial trees or send flowers to the family in memory of Willie Pierce Williford, Jr., please visit our flower store.