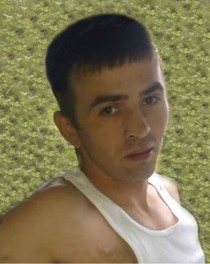 
Blythe, GA  – Walter Ray Watts, 33, loving son of Becky Brasher Watts Morris and the late Terry “Toby” Watts, died in a tragic accident Thursday afternoon, April 9, 2015 at his residence.  Funeral services will be held at 3:00PM on Sunday, April 12, 2015 in the James Funeral Home Chapel with Rev. Albert Halford officiating. Interment will follow in the Wrens Church of God Cemetery.

Walter Ray was born in Florida but has lived in Blythe since the age of 3.  He attended Wrens Elementary and Middle Schools and Burke County High School. He worked in construction, laying ceramic tile and had recently been in the mobile home transport business. He enjoyed fishing, listening to all kinds of music and playing video games. Walter Ray had a big, generous heart and was always smiling—he wanted everyone to be happy. Above all else, he loved his mother and family. Walter was a devoted son and brother, and a loyal, dedicated friend who will be greatly missed. Death has left a great void that can be filled with wonderful memories.

Because of their unexpected loss, the family requests memorial contributions be made directly to James Funeral Home, P.O. Box 588, Wrens GA 30833.

If Tears Could Build A Stairway

If tears could build a stairway
And thoughts a memory lane,
I'd walk right up to Heaven
And bring you home again.

No farewell words were spoken,
No time to say "good-bye".
You were gone before I knew it
And only God knows why.

My heart is still active in sadness
And secret tears still flow.
What it meant to lose you
]No one can ever know.

But now I know you want us
To mourn you no more.
To remember all the happy times
Life still has much in store.

Since you'll never be forgotten
I pledge to you today
A hallowed place within my heart
Is where you'll always stay.

To order memorial trees or send flowers to the family in memory of Walter Ray Watts, please visit our flower store.