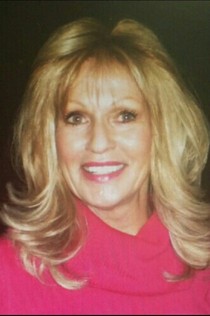 Sherra was born in Jefferson County to the late Marion “Shine” Lamb McNair and the late William “Felix” McNair and was lovingly known as “Tooly”.  She lived in South Carolina where she was a fashion designer in the early 70’s and later operated a small candy company called Sherra’s Sweets. She then moved to Florida and became a franchise consultant and, for the last fifteen years,  a homemaker. Sherra was a loving, devoted person and would help anyone she could—we all love her for that. In her final days, she was at peace surrounded by family and friends. Now she is at peace with the Holy Spirit.

Sherra was also preceded in death by her husband of 20 years, David W. Hedrick, who she loved so dearly.  She is survived by her son, William J. Duke, Jr.; her companion, Frank L. Harris; as well as numerous other family and friends who were privileged to know her.

In lieu of flowers, the family respectfully requests that memorial contributions be made to the American Cancer Society or United Way.

To order memorial trees or send flowers to the family in memory of Sherra "Tooly" Hedrick, please visit our flower store.