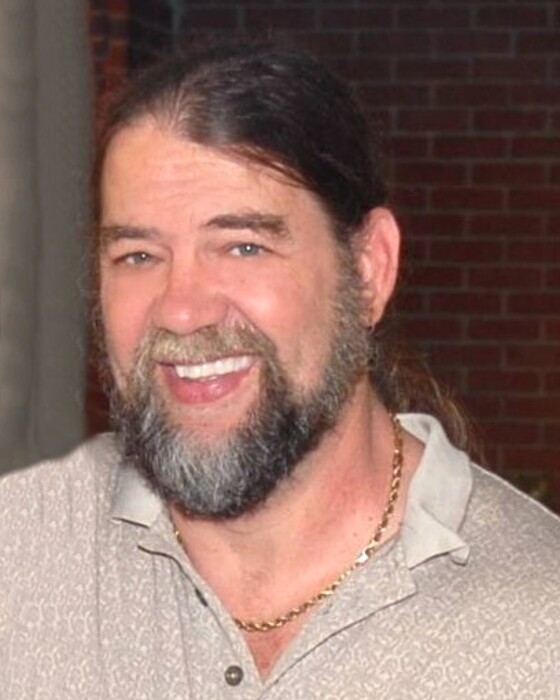 Vidalia, GA –              Roger “Blane” Rollins, 63, was found Wednesday morning, October 6, 2021, at his residence deceased from natural causes. Because of this unexpected event and the distance to be traveled by his daughter, services to celebrate his life will be scheduled at a later date and will be posted on this website and other social media outlets.

A native of Ft. Worth TX, Blane was the eldest of six sons born to the late Ann Horne Rollins and the late William “Bill” Theron Rollins. Because of a job opportunity, the family moved to Louisville. After his parents’ divorce, Blane switched between living with his mother in her home town of Vidalia, and with his father in Louisville.  After graduating from high school in Vidalia, he lived in Louisville, was a former employee of thirty years at Thermo King and a former machinist at Iron Axe in Wadley.  When his health began to decline, he moved back to Vidalia in 2016 to be closer to his brother, Andy. Having a wonderful sense of humor and an infectious laugh, Blane never met a stranger, made friends easily, and has been known to “talk your ear off”.  Being deeply sentimental and empathetic, he would give the shirt off his back to help someone in need and was a loyal friend.  He loved football, Mexican food, motorcycles, and guitars.  He was also an avid reader, amateur photographer and music lover—music and playing his guitar soothed his soul.  Above all else, Blane loved his Lord and Savior and enjoyed serving Him in the fellowship of Tabernacle Baptist Church.  A kind, loving father, grandfather and brother, his love for his family transcended time and distance.  Whether you are a family member, a part of his church family, a friend, a neighbor, or someone who happened to hear him playing his guitar, Blane will be missed and forever remembered for his unique ability to make the world seem a brighter, kinder place.

To order memorial trees or send flowers to the family in memory of Roger "Blane" Rollins, please visit our flower store.

Services are to be announced