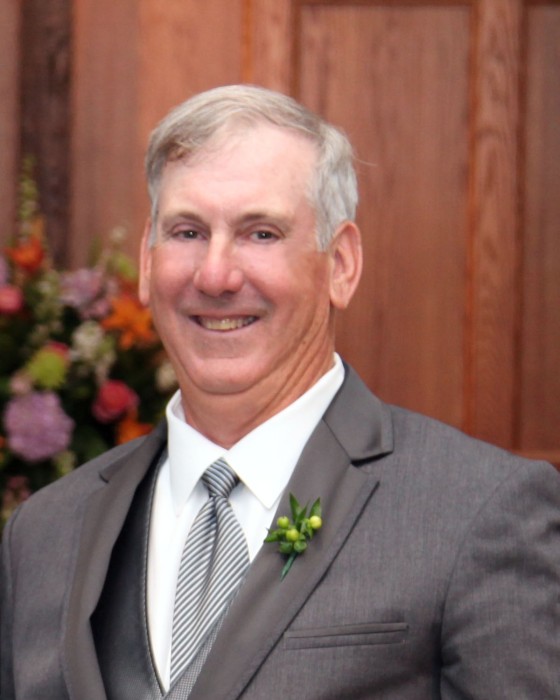 The youngest of five children born to the late Bessie Neal Fleming Jones and the late Robert Jefferson Jones, Sr., Jeff was a lifelong resident of Matthews. After graduating from Louisville High School, he went to college but had to quit after less than a year upon the death of his father and took over the family farm. In 1983 he gave up being a row crop farmer, and opened Robert J. Jones Nursery which better suited him as he loved working with plants and flowers. A hard worker, he excelled in the business and quickly became known for his knowledge and expertise.  Jeff was a big outdoorsman and loved to hunt—he felt at peace in nature.  Accepting God’s free gift of salvation at the age of 13, Jeff was a committed servant of his Lord and Savior for 50 years at Mt. Moriah United Methodist Church, where he served in many capacities—teaching Sunday School, being the Sunday School Superintendent, keeping the grounds, and serving on the Cemetery Committee.  He had a great love for people and was a reliable friend at all times, helping others in any way he could. A patient, considerate, steadfast, honest, loving family man, Jeff had an absolute, unwavering love for his family and was their rock. Lovingly known as “Gran-Gran” by his granddaughter, she brought Jeff great delight and joy, especially after the passing of his own daughter in 2012. He was amazed and awed by her intellect and spirit—he was a very proud “Gran-Gran”.  Jeff loved his Lord, family, church and community—nothing negative can be said about Jeff Jones who was the exemplary Southern gentleman. Jeff is now in his eternal home with Jesus and his precious daughter—our loss is Heaven’s gain.

Because of Jeff’s love for his church, the family respectfully requests that in lieu of flowers memorial contributions be made to Mt. Moriah UMC, c/o Dianne Stewart, 8219 GA Hwy 88 E, Keysville GA  30816.

To Those Whom I Love

When I am gone, release me—let me go.
I have so many things to see and do.
You must not tie yourself to me with tears.
Be happy that I have had so many years.
I gave you my love, you can only guess
How much you gave me in happiness.
I thank you for the love each have shown
But now it is time I traveled on alone.
So grieve a while for me, if grieve you must,
Then let your grief be comforted by trust.
It is only for a while that we must part
So cherish the memories in your heart.
I will not be far away, for life goes on.
So if you need me, call and I will come.
Though you cannot see or touch me, I will be near.
And if you listen with your heart, you will hear
All of my love around you soft and clear.
Then, when you must come this way alone,
I will greet you with a smile and a “Welcome Home”.
To order memorial trees or send flowers to the family in memory of Robert Jefferson "Jeff" Jones, Jr., please visit our flower store.