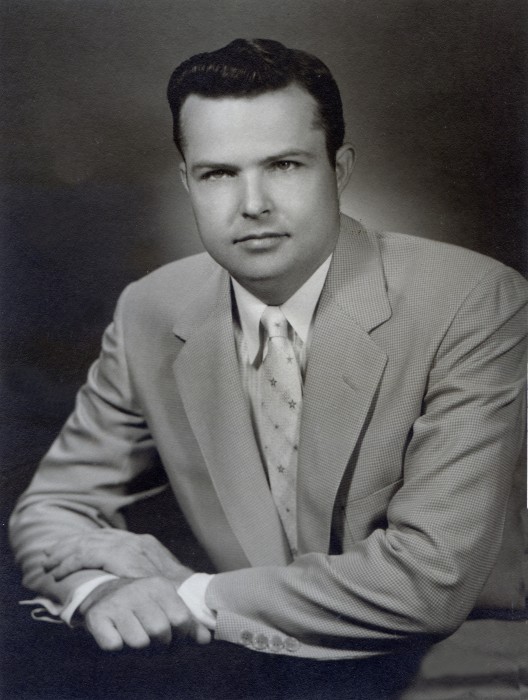 One of three born to the late Lois Robinson Fleming and the late Reid Oliver Fleming Sr, R.O. was a Wrens High School graduate and attended South Georgia College.  Being an athlete, he played football both in high school and college. A patriot, he served in the Navy during World War II.  Because he was mechanically inclined, the Navy sent him to aviation mechanical schools and served as an Aviation Machinist Mate working on aircraft and aircraft engines.  This began his lifelong obsession with planes and flying. In 1946, his family drove to Shoemaker CA where R. O. was honorably separated from the Navy and brought him home to Wrens where he worked with his father at R.O. Auto Parts.  He and his father later acquired the Ford dealership—Fleming Ford Sales. R. O. moved his family to Australia where he imported and sold Yazoo and Snapper lawn mowers. After retiring in 1995, he moved the family to Orlando FL before moving back to Wrens in 2000 when his wife became ill.  After the passing of his first wife, R.O. married Ruth in 2002.  He enjoyed golf, pool and football, but his passion was flying which suited his adventuresome nature.  He made three solo flights to Australia—one across the Atlantic and two across the Pacific. It was said that all R.O. needed was a hat and whip to be the real Indiana Jones.  A fun-loving, people-person, he was a loyal friend who loved his family unconditionally.  As a young man, R.O. accepted Jesus as his Lord and Savior, attending Wrens Associate Reformed Presbyterian Church. While living in Australia, he had a life-changing experience which deepened his commitment and instilled a need for learning and growing in God’s word.  After returning home, he attended Your Hope Church in Matthews until his health decline.  R.O. lived life large, experiencing great love, loss, tragedy, and many “adventures”: he has now flown to his eternal home where he is experiencing Glory with his Lord and Savior.

To order memorial trees or send flowers to the family in memory of Reid "R.O." Fleming, Jr., please visit our flower store.