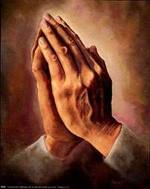 Stapleton, GA.  – Myron Homer Hadden, 83, loving husband of Peggy Webb Hadden, entered into rest Monday, June 4, 2012 at GA Health Science Medical Center.  Funeral services will be held at Stapleton Baptist Church on Wednesday afternoon, June 6, 2012 at 2:00PM with Rev. Tim Crosby officiating. Interment will follow in the Stapleton Memorial Garden Cemetery.
Myron, a native of Avera, lived in Stapleton for the past 59 years. He proudly served in the US Navy after which he attended and graduated from the University of GA in 1953. He then worked as a therapist at the VA Hospital in Augusta until his retirement in 1985. During that time, he also farmed in Jefferson County. Myron was an active member of Stapleton Baptist Church where he served as a trustee, deacon and Sunday School teacher for many years. He was also a member of the Jefferson Hospital Authority, American Legion, Georgia Farm Bureau and Georgia Sheriff’s Assoc. He was a former director of the Bank of Stapleton, and a co-owner of both the Stapleton Gin Co and Hadden and Hobbs Feed & Seed.
Myron was preceded in death by his parents, Pearl Thigpen Hadden and Marshall Adam Hadden; four sisters, Georgia H. Sheppard, Sybil H. McCoy, Sarah H. Randall and Marilyn H. Turner; and a brother, Donald P. Hadden. Other survivors include his four children, Marshall Bradford Hadden (Sheila) of Madison AL, Judy H. Shafer (David) of Penang, Malaysia, Claire H. Cox (Greg) of Sharpsburg, GA, and Timothy Myron Hadden (Barbara) of Tallahassee FL; six grandchildren, Jesse Hadden, Thomas Hadden, Joel Shafter, Matthew Shafer, Sarah Hadden and Kayla Hadden; many nieces and nephews; and many friends.
The family will receive friends at James Funeral Home this evening, Tuesday, June 5, 2012 from 6:00-8:00PM.
Memorial contributions may be made to Stapleton Baptist Church, PO Box 146, Stapleton GA 30823 or to your favorite charity.
**************************
Psalm 95
Vs 1-8a

Oh come, let us sing to the Lord!
Let us shout joyfully to the Rock of our salvation.
Let us come before His presence with thanksgiving;
Let us shout joyfully to Him with psalms.
For the Lord is the great God,
And the great King above all gods.
In His hand are the deep places of the earth;
The heights of the hills are His also.
The sea is His, for He made it;
And His hands formed the dry land.
Oh come, let us worship and bow down;
Let us kneel before the Lord our Maker.
For He is our God,
And we are the people of His pasture,
And the sheep of His hand.
Today, if you will hear His voice:
“Do not harden your hearts…..”

To order memorial trees or send flowers to the family in memory of Myron Hadden, please visit our flower store.