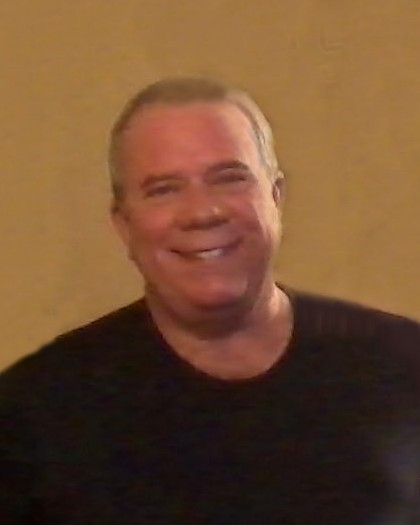 One of five children born to the late Betty Virginia Myers Zacherl and the late Vincent C. Zacherl, Marty was born in Pennsylvania but grew up in Atlanta when his family relocated there in 1957. He attended St. Anthony’s and graduated from St. Joseph’s High School in 1969.  Later that same year, he married Bonnie, his high school sweetheart, and started his family.  Marty was a natural born athlete—he loved football, baseball and golf.  He played football in high school and became a huge Falcons’ fan. His stand-out prowess at baseball had the Braves’ scouts on his doorstep and after high school, he played in a men’s senior league for fifteen years. He passed his love of golf, which began at the age of 12 when he got a job working the concession at the local golf course, to his grandson.  His mission was to be “retired” in order to be able to enjoy his passions—his family and sports—“I was born to be retired!”  He accomplished this mission at the age of 46, moving from Atlanta to Panama City Beach where they built their dream home on the beach.  He soon came out of “retirement” to take a part-time job at a golf course which perks enabled him to support his golf habit.

This unassuming man never sought attention for himself and had a heart of gold. He never knew of the many relationships he enhanced and nurtured.  His love for his family was his driving force, preferring to be known as “Daddy” and “Gampa”.  Marty’s positive attitude, infectious personality and loving, generous spirit will be greatly missed by his family and multitude of friends.

Marty was also preceded in death by his brother, Phil Zacherl. Other survivors  include his daughter, Kathi Adams and son-in-law (whom he considered his own) John; two grandchildren, Emma Adams and Zac Adams; three siblings, Patricia Freeman, Jim Zacherl (Lela) and Lynn Morris (James); several nieces and nephews; and many friends.

The family respectfully requests that in lieu of flowers memorials be made to the Gary Sinise Foundation, PO Box 50008, Studio City, CA 91614-5001 or online at www.garysinisefoundation.org.

Almighty God, as we play through our 18 holes of life,
we pray that You will give us a drive that’s both long
enough to reach our goals, and yet straight enough
to keep us out of trouble.
Help us avoid the traps and hazards of life:
nevertheless, should we find ourselves in them, give
us the tools, skills and desire to escape them with no
penalty.  May we always stay in bounds.
Help us be willing to stand by—and not play through—
those in genuine need.  May we always play with honor.
And, finally, when we’ve putted out on the 18th green,
we pray that we will have demonstrated the integrity of
our character, so that You will judge us worthy enough
to join Your threesome and play eternally on Your Heavenly
course.   Amen.
To order memorial trees or send flowers to the family in memory of Martin Zacherl, please visit our flower store.