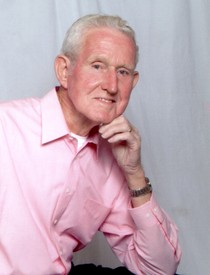 Lewis was one of twelve born to the late Annie Lamb Williams and the late Emmitt Roy Williams in Glascock County. He was a patriot and proudly served our country in the Navy during the Korean War.  He worked in the textile industry for J.P. Stephens and Stapleton Garment Company, at Hadden’s IGA in Wrens, and, his favorite job, a bus driver for Jefferson County and substitute driver for Thomas Jefferson. Lewis was a homebody and loved the outdoors. He could be found working in his yard, planting shrubs, trees and flowers or sitting in the swing enjoying nature. He had a passion for cars, owning up to five at one time, and making sure they were well-kept and clean. Lewis loved his family beyond all else and was most content in their presence.

The Lord saw you getting tired
And a cure was not to be,
So He put His arms around you
And whispered, "Come with me."

With tearful eyes, we watched you sufer
And saw you fade away.
Although we loved you dearly,
We could not make you stay.

A golden heart stopped beating,
A beautiful smile at ret.
God broke our hearts to prove
He only takes the best.

It's lonesome here without you.
We miss you so each day.
Our lives aren't the same
Since you went away.

When days are sad and lonely,
And everything goes wrong,
We seem to hear you whisper,
"Cheer up and carry on."

Each time we see your picture,
You seem to smile and say,
"Don't cry! I'm in God's keeping--
We'll meet again someday."

To order memorial trees or send flowers to the family in memory of Lewis Williams, please visit our flower store.