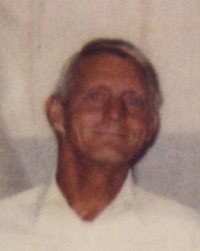 After graduating high school in Warrenton, Buddy proudly served his country by joining the Marines. Once his tour in Viet Nam was up, he came back to this area and became one of the best concrete finishers in the construction business.  Buddy was happiest working but did find pleasure in fishing and watching NASCAR races. He was very generous and giving—always ready to help others—and a dependable friend. Buddy enjoyed life, family and friends.

Not “How did he die?”, but “How did he live?”
Not “What did he gain?”, but “What did he give?”
These are the units to measure the worth
Of a man as a man, regardless of birth.
Not, “What was his church?”, nor “What was his creed?”
But, “Had he befriended those really in need?”
Was he ever ready, with word of good cheer,
To bring back a smile, to banish a tear?
Not, “What did the sketch in the newspaper say?”
But, “How many were sorry when he passed away?”

To order memorial trees or send flowers to the family in memory of Lee "Buddy" Hobbs, Sr., please visit our flower store.