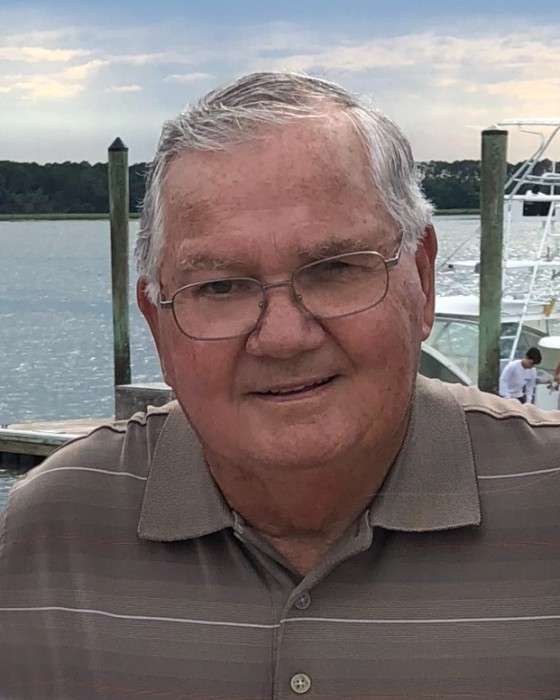 The only son born to the late Daisy Ellen Eason Johnson and the late David Booker Johnson, Kenneth was a life-long resident of the Matthews-Keysville area.  After graduating from Wrens High School in 1960, he farmed for about a year before going to work at Burns in Louisville, after which he worked at Proctor and Gamble, retiring with thirty years of service.  After retiring, he did side-jobs as a carpenter and handyman—that is, when he wasn’t on the golf course.  He met the love of his life at church, married two years later and started their family.  Being into sports, he coached Dixie Youth Little League baseball, was the football and baseball coach for the middle school at Thomas Jefferson Academy, was an avid Georgia Bulldog fan—GO DAWGS!—and a fan of anything the grandchildren were involved in.  He enjoyed going to the lake and was President of the North Jefferson Campers Club.  He also liked to ride bikes when visiting Hilton Head.  Kenneth could be found most mornings at McDonald’s joining his buddies to share a cup of coffee and to talk about sports, politics, and community events.  Kenneth accepted Jesus at a young age, serving Him at Keysville United Methodist Church where he was a Board Member, a Trustee, and a member of the Cemetery Committee.  He was known as being fair-minded, honest, congenial and a good, loyal friend.  Kenneth had an unconditional, absolute love for his family—his grandchildren filled his heart with joy. The void left by his passing cannot be filled but his memories will live on in the hearts of all who knew him.

The family will receive friends after the service at the cemetery Tuesday, March 30, 2021.

To order memorial trees or send flowers to the family in memory of Kenneth Johnson, please visit our flower store.