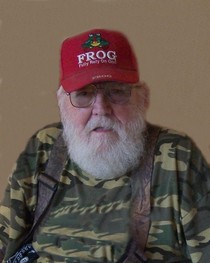 One of five children born to the late Gertrude Sullivan Givens and the late Luther Givens, John grew up in Tennessee and always had a deep love for his home state. He served his Lord as a member of Wrens Church of God. John was a patriot who proudly served in the Army for ten years and was a member of the Sons of Confederate Veterans Camp 158 in Augusta. He had a photographic memory and was a wealth of historical and mechanical knowledge. A mechanical “genius”, he loved working on any motor, no matter how large or small, but especially motorcycles and airplanes. He co-owned D & G Motorcycle, where he built custom racing motorcycles, and worked in the motorcycle industry for 30 years, after which he retired from Johnson Control with 15 years of service at Fort Gordon. John also enjoyed hunting and fishing, and was a member of the Briar Creek Sportsman Club, as well as a lifelong member of the NRA. John enjoyed traveling and adventure—always living life to the fullest. Easy going and gregarious, he never met a stranger and was willing to lend a helping hand. His greatest love was for his family, especially his grandchildren, and was most content in their presence. Death leaves us a heartache no one can heal but love leaves memories no one can steal.

The angels gathered near your bed
So very close to you
For they knew the pain and suffering
That you were going through.

I thought about so many things
As I held tightly to your hand.
Oh, how I wished that you were strong
And healthy once again.

But your eyes were looking homeward
To that place beyond the sky
Where Jesus held his outstretched arms
It was time to say “Good-bye”.

I struggled with my selfish thoughts
For I wanted you to stay
So we could walk and talk again
Like we did just yesterday.

But Jesus knew the answer
And I know He loved you so
So I gave to you the greatest gift—
The gift of letting go.

Now my heart will carry memories
Of the love you gave to me
Until we meet again in heaven
Where the best is yet to be.


To order memorial trees or send flowers to the family in memory of John Givens, please visit our flower store.