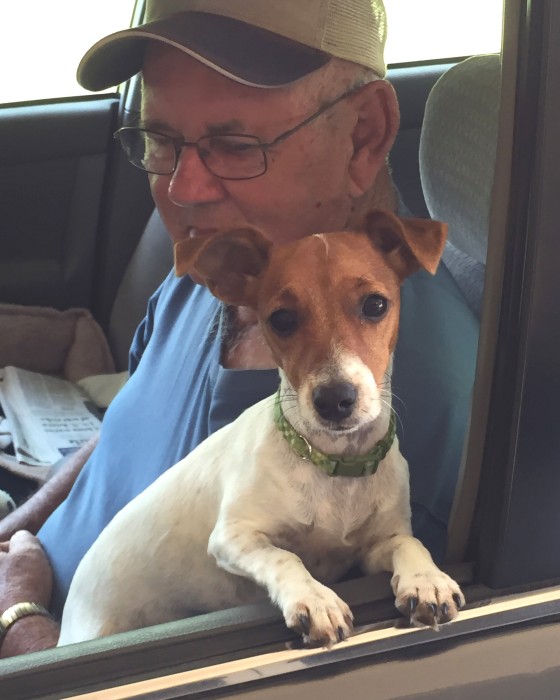 Born to the late Minnie Sue Barbre Banks and the late JC Banks, Ray grew up in Piedmont SC.  A proud patriot, he served his country in the Navy during the Korean conflict. Upon his return home from the service, his father moved the family to North Augusta because of the construction jobs in the area. While helping out a friend, he met the love of his life at a chance meeting at a full-service gas station.  Because of his work in construction as a heavy equipment mechanic, he moved his family around every few years, living in GA, SC, NC and TX. In 1977, after purchasing land from his wife’s family, they moved back to Keysville, where he retired after 40 years of construction work.  Being Baptist by faith, he loved his Lord and Savior, relying on Him every day but especially during life’s struggles. In his younger years, Ray enjoyed fishing, but because of his love of animals, he never liked to hunt. He was always going to Tractor Supply to buy bird feed to sprinkle in his back yard and he always kept his humming bird feeder filled. He also would spread out his dog feed for the family of racoons to enjoy.  Ray loved living in the country and the opportunity to commune with nature it afforded him. He also liked to “piddle” and work on any type machine, but he was especially loved going to auctions, buying welders and/or air compressors, refurbishing them and then reselling them. He liked to stay busy. A loving husband and devoted daddy, Ray was also a loyal friend, always willing to help others in need.  It was said that he would give you’re the shirt off his back without being asked for it.  His heart belonged to his family, which included his canine companions, Sadie and Cricket.  A simple man with a big heart, Ray will be greatly missed by everyone who had the privilege of knowing him.

Ray was also preceded in death by his daughter, Linda Banks. Others left to cherish his memory include his daughter, Ann Gay (Jimmy); a sister, Annette Mullan of Snellville; his canine companions, Sadie and Cricket (who he called his “grand”); and many friends.

Because of his love for animals, the family respectfully requests that,  in lieu flowers, memorial contributions be made to his animal shelter of choice, Old Fella, P.O. Box 1437, Waynesboro GA 30830.

To order memorial trees or send flowers to the family in memory of George "Ray" Banks, please visit our flower store.