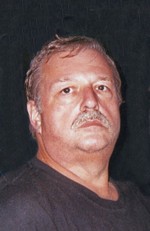 
Wrens, GA  – Dewey David Swink, Jr., 57, husband of Wendy Hill-Swink, entered into rest Friday afternoon, March 15, 2013 at his residence.  A celebration of his life will be held at 2:00PM Saturday, March 23, 2013 in the James Funeral Home Chapel with Dr. Emmitt "tip" Carroll officiating.

David was a self-employed truck driver, both long and short haul, for over 30 years. He found great pleasure in traveling, riding his motorcycle, attending knife and guns shows, collecting knives and guns, and spending time with Lady, his canine buddy.

The family will receive friends at James Funeral Home after the celebration of life services on Saturday, March 23, 2013.

Because of the sudden, tragic events, the family requests memorial contributions be made directly to James Funeral Home, P.O. Box 588, Wrens GA 30833.

To order memorial trees or send flowers to the family in memory of Dewey David Swink, Jr., please visit our flower store.