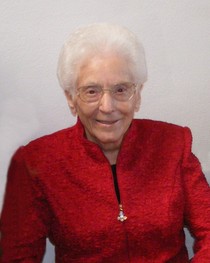 Dahlia was born to the late Willie Brassell Thompson and the late James Lawrence Thompson in Glascock County and was a life-long resident of the Gibson-Stapleton area. She served her Lord faithfully at Stapleton Baptist Church until her health declined. Dahlia devoted her life to being a wife and mother, making the care of her family a priority and making sure they ate well—she loved to cook and have family dinners. In later years, as one of the “Golden Girls”, also known as the “Merry Widows”, she loved to go to Augusta to “dine” and to go to local gospel sings.  Dahlia’s greatest joy was her family, especially her grandchildren, and was most content and happy in their presence.

A wife, a mother, a grandma too,
This is the legacy we have from you.

You taught us love and how to fight,
You gave us strength, you gave us might.

A stronger person would be hard to find,
And in your heart, you were always kind.

For all of us you gave your best,
Now the time has come for you to rest.

So go in peace, you’ve earned your sleep,
Your love in our hearts, we’ll eternally keep.

To order memorial trees or send flowers to the family in memory of Dahlia Hadden, please visit our flower store.