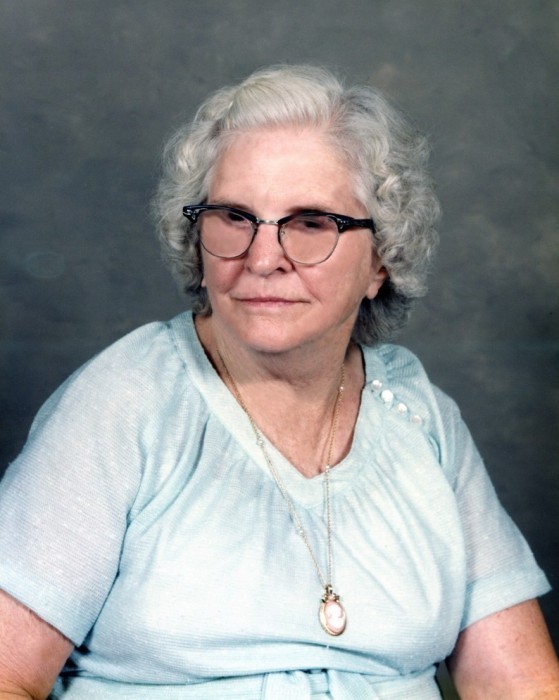 A lifelong resident of Jefferson County, Cora Lee was one of two children born to the late Mary Louise Burke McNeely and the late Clyde Jasper McNeely.  She served her Lord actively until her health declined at Ebenezer ARP Church and was their oldest member.  Being a great cook and homemaker, she loved taking care of her family and spending time with them. She was a huge Braves fan—she watched every televised game, and her greatest thrill was being able to attend games at the stadium in Atlanta.  A survivor with a feisty attitude, Cora Lee’s faith sustained her throughout her many earthly trials.  She is now at peace.

The Lord saw you getting tired
And a cure was not to be
So He put His arms around you
And whispered, “Come with me.”
With tearful eyes, we watched you suffer
And saw you fade away.
Although we loved you dearly,
We could not make you stay.
A golden heart stopped beating,
A beautiful smile at rest.
God broke our hearts to prove
He only takes the best.
It’s lonesome here without you—
We miss you so each day.
Our lives aren’t the same
Since you went away.
When days are sad and lonely,
And everything goes wrong,
We seem to hear you whisper,
“Cheer up and carry on.”
Each time we see your picture,
You seem to smile and say,
“Don’t cry.  I’m in God’s keeping.
We’ll meet again someday.”
To order memorial trees or send flowers to the family in memory of Cora Lee Eaves, please visit our flower store.