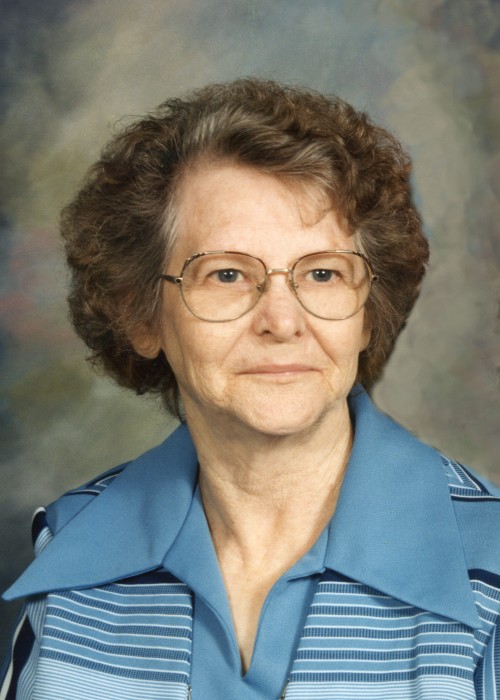 Avera, GA  –              Christine Davis Gay, 85, beloved wife of the late Lester Gay, entered into her eternal rest Tuesday, May 10, 2016 at Pruitt Health Old Capitol in Louisville. Funeral services will be held at 11:00AM, Friday, May 13, 2016 at Waldens United Methodist Church with Rev. Tommy Anderson officiating. Interment will follow in the church cemetery.

One of seven children born to the late Mattie Mae Landrum Davis and the late John Thomas “Tom” Davis, Christine was a lifelong resident of Jefferson County, graduated from Stapleton High School and worked as a seamstress at Stapleton Garment Company until it closed. Serving her Lord and Savior from a young age at Waldens UMC, she loved to read her Bible and fellowship at church. She had a green thumb and loved working with her flowers.  Christine loved people—she could be found sitting on her front porch swing and talking on the phone.  She was known for being well-informed and keeping in touch with her family and friends. Having a good sense of humor, she enjoyed a good laugh.  Christine was considered a good friend and will be greatly missed.

Heartfelt thanks and appreciation are extended to Jo Dean Davis for the loving care provided and the unselfish devotion to Christine--you treated her as your own sister for which we are so thankful.

To order memorial trees or send flowers to the family in memory of Christine Gay, please visit our flower store.