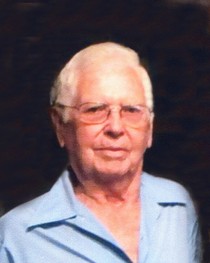 Matthews, GA  – Charley Oliphant, 90, loving husband to the late Teresa Jean Molinaro Oliphant, entered into rest Friday morning, November 14, 2014 at Doctor’s Hospital in Augusta. Memorial services will be held in the James Funeral Home Chapel at 2:00PM on Monday, November 17, 2014 with Dr. Francis Ford officiating. A private interment at Ways Baptist Church Cemetery will be held at a future date.

Charley was the youngest of seven children born to the late Willie Young Oliphant and the late Jim Hamilton Oliphant.  Growing up as a child in the depression, he dropped out of school in the 5th grade to join the CC camp in the mountains. When he was old enough, he joined the Navy and served during WWII. After leaving the Navy, he lived in Newark NJ where he met his wife and worked at the Newark Water Works Department. After his retirement, he built a home at the old home place and moved back to Matthews.  Charley was a very private person and enjoyed his solitary lifestyle in the country. He enjoyed his daily walks on the country roads and working with his cousin, Coot, picking up pecans and reminiscing of old times.  Recently he attended and joined the fellowship of Mt. Moriah United Methodist Church, which he found most comforting.

I have taken my flight to a world that we know.
This trip was final; only one way to go.
I arrive at my gate, all pearly and white,
To be greeted by my love ones with great delight.
I entered the gate, so beautiful to see,
What my Lord Jesus Christ had planned for me.
At the end of the street of rubies and gold,
How I long to see my Father's throne.
The closer I get, how brilliant it gleams,
The throne where my Jesus smiles, you see.
His words are spoken directly at me...
"Well done, my child, you have been set free."

To order memorial trees or send flowers to the family in memory of Charley Oliphant, please visit our flower store.