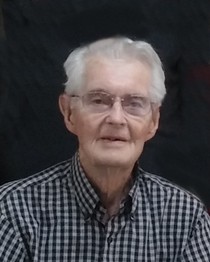 One of six children born to the late Charlie and Annie Barton Stephens, Speakie was a lifelong resident of Wrens and “lifelong” member of Wrens United Methodist Church, where he taught Sunday School, served as a Trustee, and was a lay preacher. A true patriot, he served in the U.S. Army during WWII as a clerk typist with the 1721st Signal Service Battalion in the South Pacific and was the last surviving charter member of American Legion Post 229. He was also instrumental in establishing the Veterans Park in the center of Wrens. After his military service, he followed his father’s footsteps as the owner, editor and publisher of the Jefferson Reported from 1946-1987. During his time, he won numerous awards for articles he wrote. In 1979, he and his beloved Jeanne began the “Ancestoring” column in the Jefferson County newspaper, which he continued to write til the very end.  Speakie also served as a mail carrier in Matthews and Avera. He loved and ministered to those along his mail route, and, thanks to his friendly “horn honking” each patron knew exactly when their mail had arrived.  Speakie was very active in the Wrens community, serving as a volunteer fireman, city councilman, and an officer for Wrens Memorial Cemetery. In 2005, he won “The Giving You Best Award” sponsored by News Channel 6 for his commitment to the community.  Speakie’s love for people was exemplified by his service and commitment not only to his family, his church, the community, but also the county in which he resided, as well as surrounding counties, his state and his country.  This icon of our community—his sharp mind, knowledge and wit—will be greatly missed.  There has never been, nor will there ever be another Speakie Stephens!

To order memorial trees or send flowers to the family in memory of Charles "Speakie" Stephens, Jr., please visit our flower store.