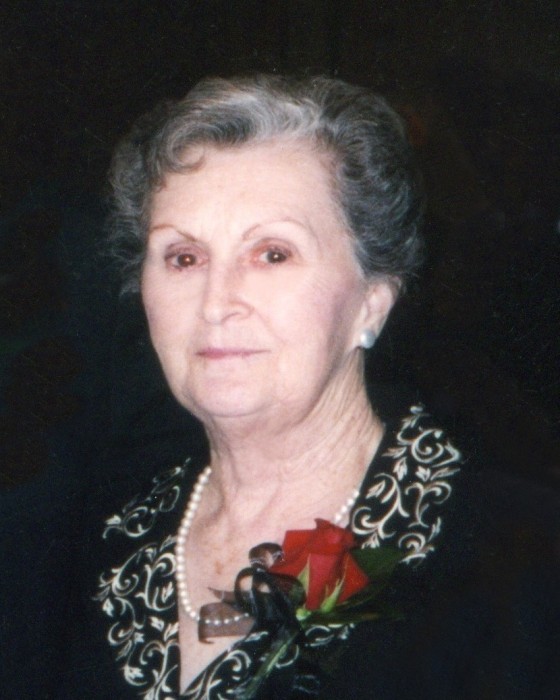 The only child of the late Celia Wren Reeves and the late Robert Steve Reeves, Bobbie was born in Wrens on September 30, 1926. She and her parents lived in the Reeves Community in McDuffie County until she was six when her family moved to Wrens. After graduating from Wrens High School, she completed a business course at Georgia Southern College in Statesboro, returning home to begin working for the Jefferson County Selective Service Board. On May 10, 1945, she married Signalman, First Class, Ralph Anderson of the U.S. Navy. After WWII ended, she and Ralph went into business with her father and operated Reeves and Anderson IGA Super Market until 1974. In 1975, Ralph joined Woodmen of the World Fraternal Organization and Bobbie was instrumental in starting WOW Local Chapter 1851. She and Ralph enjoyed their travels to Woodmen conferences and cherished the lasting friendships they made.

Bobbie was a life-long member of Wrens United Methodist Church, serving as a Sunday School teacher, Vacation Bible School worker, nursery assistant, Methodist Ladies Club member, a chaperon for MYF activities, and served several years on the administrative board. She and Ralph were regular church attendees until declining health in later years prevented their attendance.  They were loyal supporters until their deaths.

Bobbie was a past member of the Wrens Town and Country Garden Club, which encouraged her love of gardening. She was a Cub Scout den mother; she was a participant and supporter of the annual Relay for Life; she enjoyed camping trips with friends and she and Ralph were charter members of the North Jefferson Campers Club. Her happiest times were the days spent with her family at Clark Hill Lake. She was an avid University of Georgia Bulldog fan and a supporter of the UGA Redcoat Band. Bobbie loved her God, her family, her community and her country. She was a proud American who instilled in her children and grandchildren the importance of family, church and patriotism.

A wife, a mother, a grandma too,
This is the legacy we have from you.
You taught us love and how to fight,
You gave us strength, you gave us might.
A stronger person would be hard to find,
And in your heart,  you were always kind.
You fought for us all in one way or another,
Not just as a wife, not just as a mother.
For all of us you have your best.
Now the time has come for you to rest.
So go in peace, you’ve earned your sleep,
Your love in our hearts, we’ll eternally keep.
To order memorial trees or send flowers to the family in memory of Bobbie Anderson, please visit our flower store.