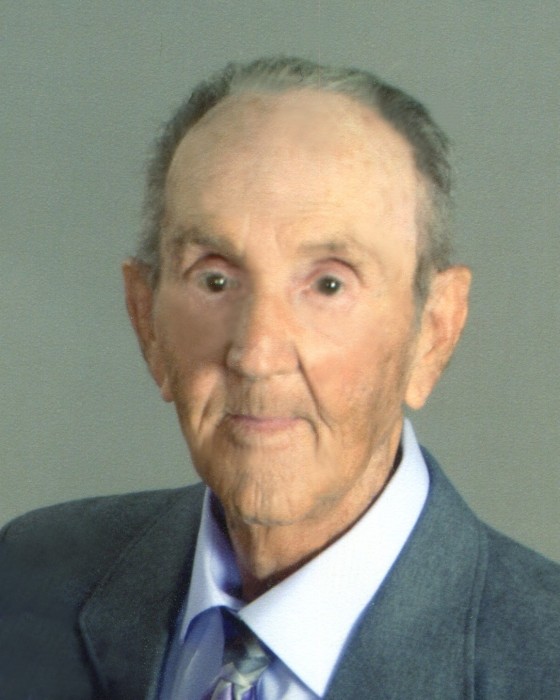 One of nine children born to the late Birdie Ward Hunley and the late James C. Hunley, he grew up in Caryville TN and attended Caryville JR High School. Known by most of his family and friends as “Spider” or “Hunley”, he quit school and joined the Army, serving for a little of seven months before they discovered he was too young. When he became of age, he joined the AirForce and served in the Korean War. While stationed at Fort Gordon, he met the love of his life, and wed after only 2 ½ months. Upon his honorable discharge, the family moved to Dayton OH where Hunley worked in a manufacturing plant until it closed a year or so later. The family then moved back to Wrens in 1952. Hunley then started working for Southern Natural Gas, retiring as Supervisor after 36 years of service. Hunley was Boy Scout leader for 25 years, as well as Past Commander of American Legion Post 229.  He always was busy and loved working with his hands—woodworking or just plain tinkering.  Hunley’s favorite pastimes included fishing, playing cards, golfing, and camping, especially at Ball Mountain in north GA where they had a campsite. After his retirement, he and June enjoyed traveling and going on cruises. He had many hobbies and was a collector of things.  Hunley also loved country music, especially the “old timers” such as Merle Haggard, Conway Twitty and Jim Reeves.  Hunley loved his Lord and attended Wrens United Methodist Church.  He loved people and was known for his great sense of humor.  A loyal, trusted friend, he had a soft-heart and was generous with his time and resources.  Above all else, Hunley loved his family unconditionally and was most happy at family gatherings and reunions. He took his role as husband, father and grandfather very seriously, trying to protect his family and keep them safe.  Hunley will be forever remembered in our hearts.

The family respectfully requests that in lieu of flowers memorial contributions be made to Wrens United Methodist Church, 202 Russell Street, Wrens GA  30833.

Heartfelt thanks are extended to Regis Hospice for their professional, compassionate, and loving care.

The angels gathered near your bed
So very close to you
For they knew the pain and suffering
That you were going through.
I thought about so many things
As I held tightly to your hand.
Oh, how I wished that you were strong
And healthy once again.
But your eyes were looking homeward
To that place beyond the sky
Where Jesus held his outstretched arms
It was time to say “Good-bye”.
I struggled with my selfish thoughts
For I wanted you to stay
So we could walk and talk again
Like we did just yesterday.
But Jesus knew the answer
And I know He loved you so
So I gave to you the greatest gift—
The gift of letting go.
Now my heart will carry memories
Of the love you gave to me
Until we meet again in heaven
Where the best is yet to be.
To order memorial trees or send flowers to the family in memory of Audrey Hunley, please visit our flower store.