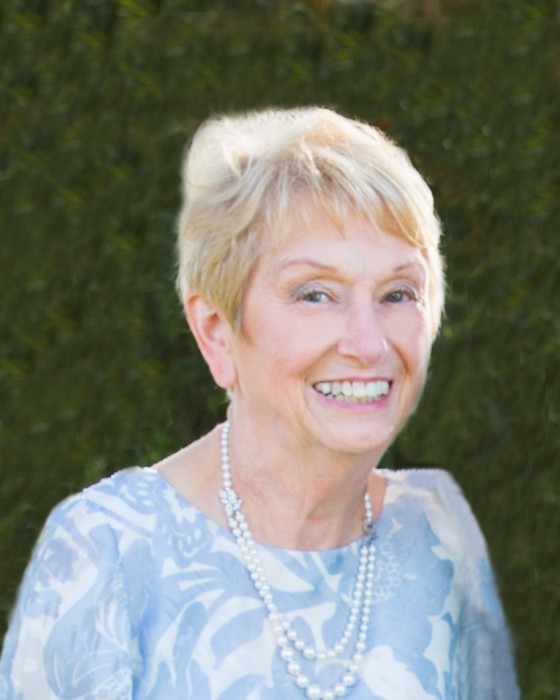 Born to the late Norma Brinson Thigpen and the late Jesse Thigpen, Allene grew up in the Moxley Community, was a 1961 graduate of Wadley High School and graduated from business school before marrying the love of her life and moving to “the farm” in 1963.  Allene worked at First National Bank before being a stay-at-home mom, making their home a comfortable, safe-haven for her family. She loved her Lord and Savior, serving Him at First Baptist Church of Louisville as the Administrative Assistant for the last fifteen years, as well as chair person for the hostess and benevolent committee, and attending the Philthea Sunday School Class. It has been said that she “lived for” her flowers.  At the farm, she loved working in her flower garden, where at one point she had 150 rose bushes, and making arrangements for weddings and other events. She also had an expansive vegetable garden, sharing with neighbors and friends the bounty it afforded.  Allene was also a great cook, and especially loved making caramel cakes for her beloved grandsons.  A loving, caring person, Allene had a servant’s heart and demonstrated selfless love to her family and friends, which was everyone since she considered strangers friends she had not yet met.  After the death of her precious son, Allene began a campaign of writing condolence letters to evryone who suffered the loss of a child, offering her comfort and love from one who could truly sympathize with their loss. Her greatest joy and pleasure was her family, especially her grandsons.  Allene loved Jesus, her family and her community and served each whole-heartedly.  Our loss is Heaven’s gain.  She is now with Jesus and has joined her son in Glory.

The family respectfully requests the memorial contributions be made to First Baptist Church of Louisville, 101 E 9th Street, Louisville GA   30434.

The Lord is my shepherd; I shall not want.
He maketh me to lie down in green pastures;
He leadeth me beside the still waters.
He restoreth my soul;
He leadeth me in the paths of righteousness for His name’s sake.
Yea, though I walk through the valley of theshadow of death,
I will fear no evil; For thou art with me;
Thy rod and thy staff, they comfort me.
Thou preparest a table before me in the presence of my enemies;
Thou anointest my head with oil; My cup runneth over.
Surely goodness and mercy shall follow me all the day of my life;
And I will dwell in the house of the Lord for ever.
To order memorial trees or send flowers to the family in memory of Allene Rabun, please visit our flower store.